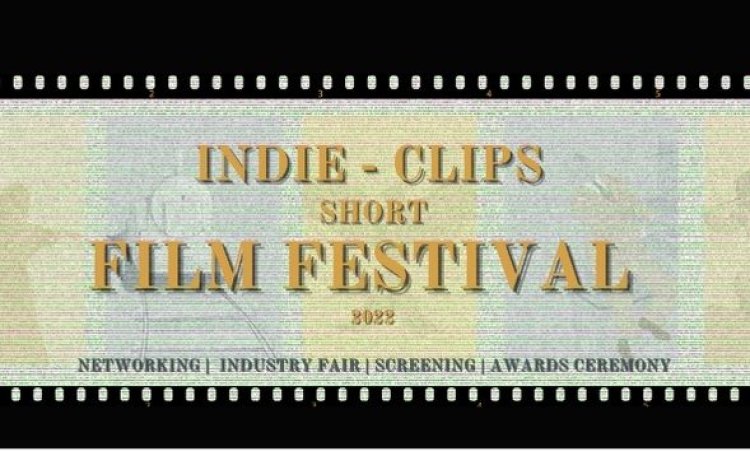 The Indie-Clips Short Film Festival is hosting its 2nd edition in June 2022 and your short film could become a part of our live event in London!

If you are a student filmmaker and/or aged between 16 and 25 years old, we would be happy to review your short film!

Not a student anymore? Submit your short film, soundtrack or pitch via our Professionals Package and get your project screened on indie-clips.com!

At indie-clips, we believe that every filmmaker deserves a chance for their work to be seen by a larger audience, that is why every short film submitted to our festival will be selected and screened at our online event.

Our submissions are officially closed.

Get your tickets to our events below and join other filmmakers for a week-end of networking and professional opportunities!

Join filmmakers, music composers and more in our networking competition! The goal: make networking a fun, exciting game for you to meet everyone and be able to use your connections in the future.

Enjoy fine dining snacks and drinks while chatting with your new contacts from the networking event!

Wish to speak to industry professionals and get some useful tips for the future of your filmmaking / music career? We are setting up our "speed-dating" event to mix and match you with professionals of the film and music industry to make sure you get as many pro tips as you can!

Our pitching event is organised in partnership with Smash: an online pitch builder that connects filmmakers and their ideas to the interested producers. Come and pitch an idea for a short film, a series... Or even a company / product / service that will benefit our film and music industry!

Come listen and ask any questions to the judges of this year's festival before the screening of the winning short films and award ceremony!

Our programme for the sessions:

3:30pm to 4:00pm: Panel on Screenwriting by Maddy Fry from Scriptwright: a script consultancy service for beginning filmmakers

The winning short films and judges favorites will be screened in the Curzon Cinema and winners will be awarded their Indie-Clips Short Film Festival award for the closing night of this year's festival!

All festival events will be taking place at Goldsmiths, University of London: one of London's top universities in the arts, known for its inclusive and artistic dynamism!

GET YOUR TICKETS on Eventbrite:

This year, our panel of judges is composed by award-winning film and music professionals including: 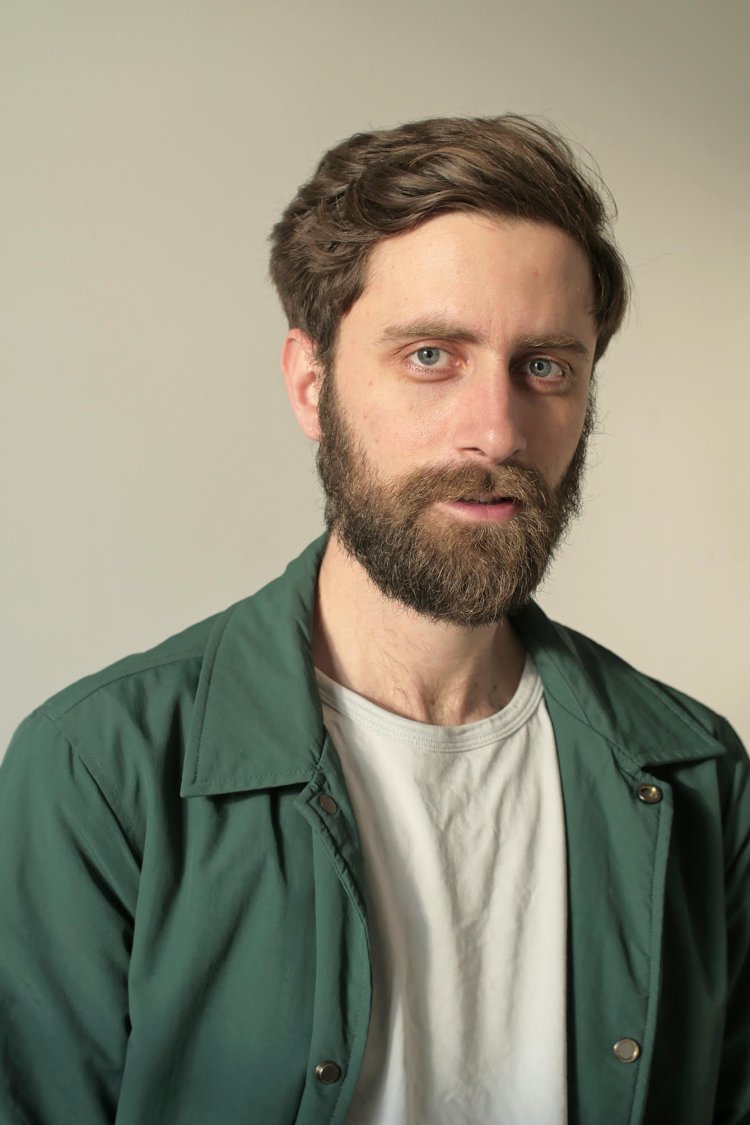 Producer of "Do not feed the Pigeons": BAFTA winner 2022 best animation. Jordi has worked in London as a creative producer on projects across film, TV, and commercials for over 8 years. His range of skills covers the development and physical production. Holds an MA in Producing from the National Film and Television School and a first in Design at Goldsmiths University. 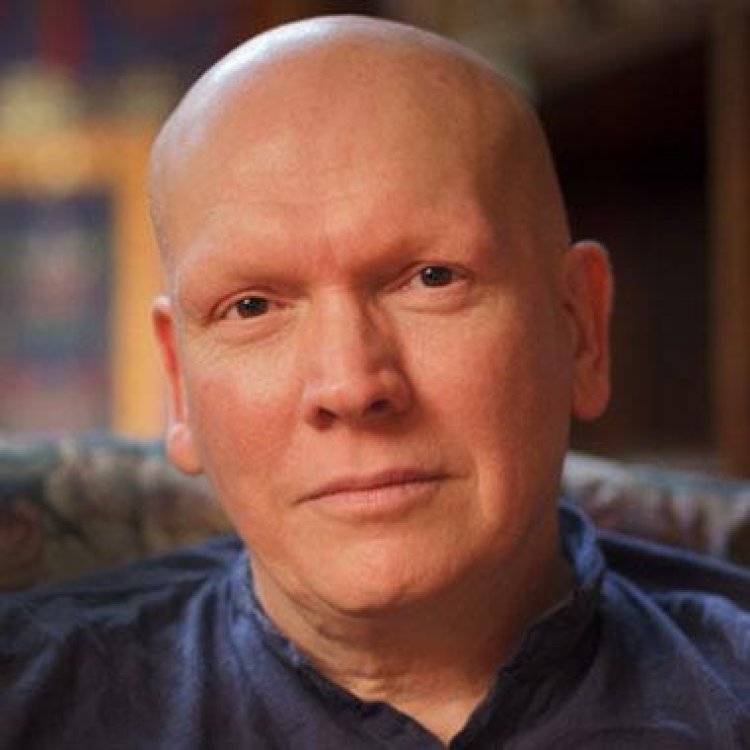 With over 30 years of experience, Gerry is the creator of the prestigious MA Filmmaking course at Goldsmiths, University of London and convenor of the MA Cinematography course; ex-director working for a BAFTA and EMMY nominated studio. 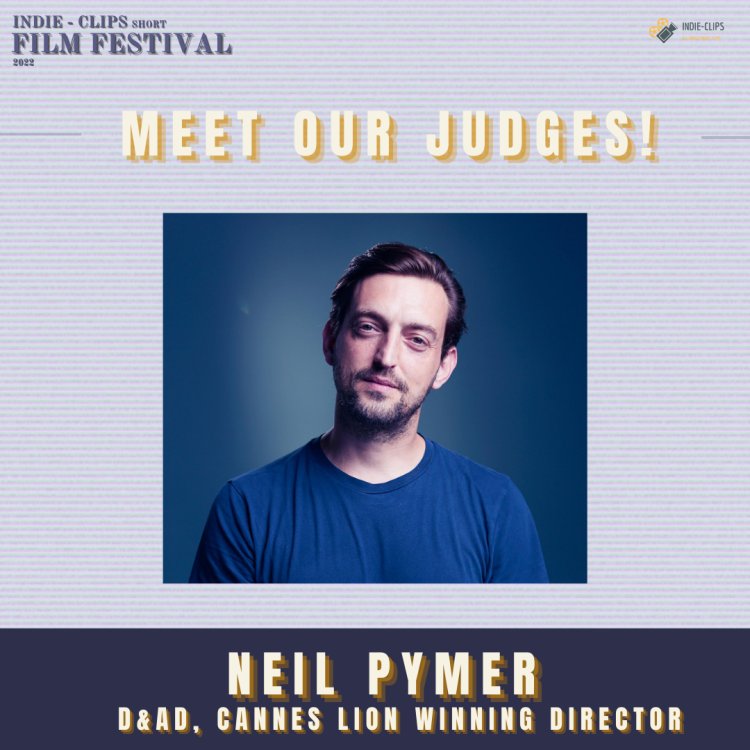 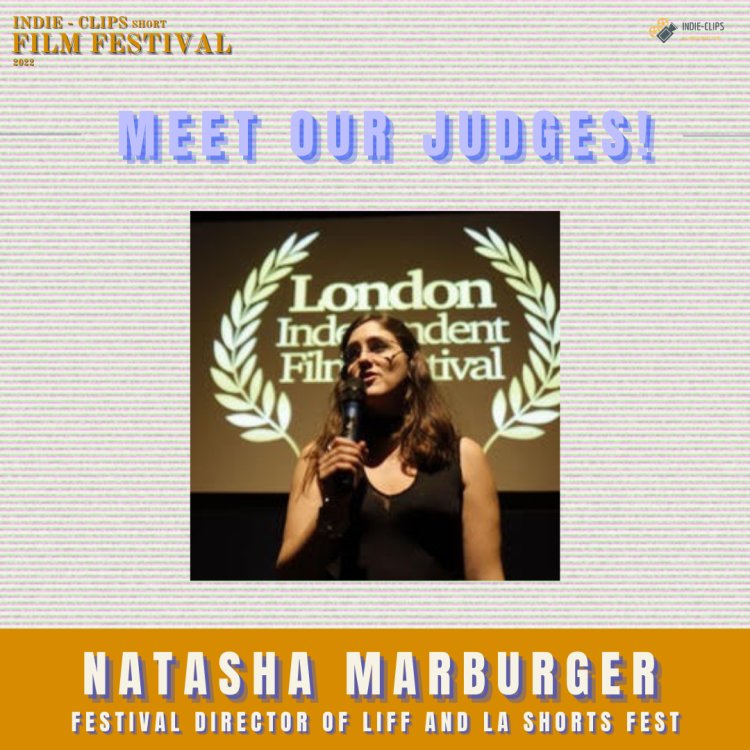 Natasha is the festival director of the London Independent Film Festival and the Los Angeled International Film Festival. She is also a co-director of Cine-Excess, and has been producing films for over 10 years, including the directorial debut short film by Cathy Tyson titled 'Lilian' 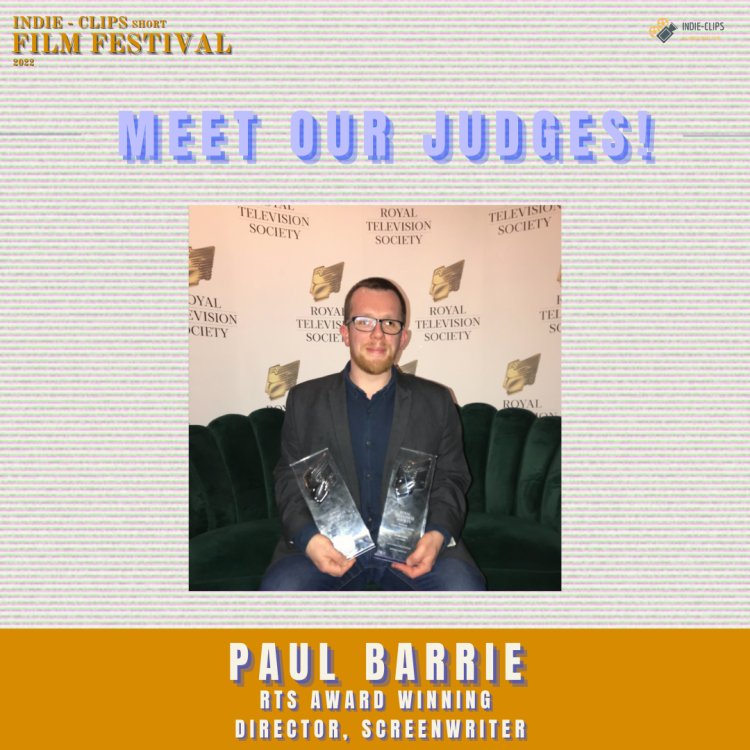 Paul is a RTS Scotland award-winning director and screenwriter of short films, music videos and commercials. A graduate of Royal Conservatoire of Scotland, his work was screened at the Bolton Film Festival, the Edinburgh Short Film Festival as well as receiving distribution via STV's online streaming service. HIs recent credits as writer/director include the short films Thicker Than Water (2019), Spare Parts (2019) and Threnody (2018). In addition to his screen work, Paul teaches regular filmmaking classes with Edinburg Youth Theatre and works as a visiting tutor at the Royal Conservatoire of Scotland. 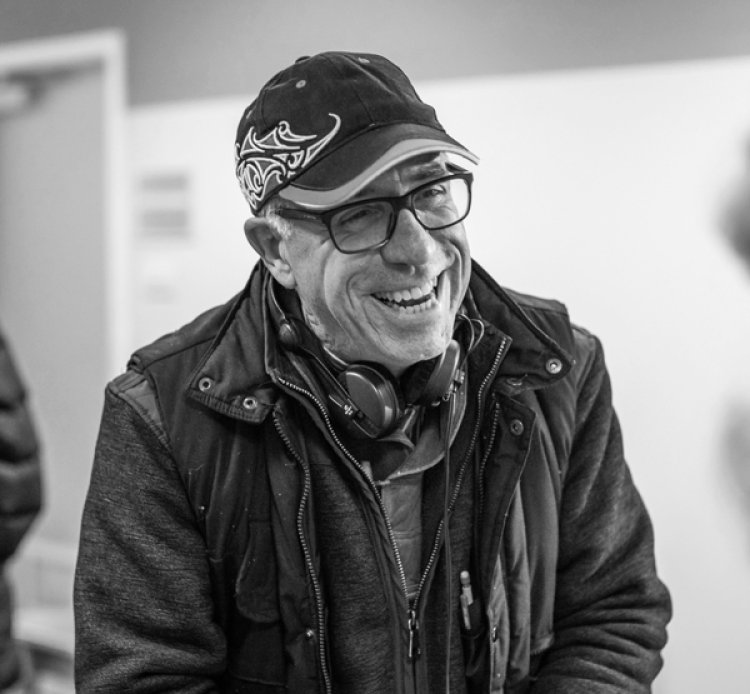 Peter is a multi-award winning television director, producer and writer.  He’s worked on many genres across ITV, BBC, C5 and American TV channels; National Geographic, Discovery ID, The Crime and Investigation channel and Reelz. He has a long experience of making programmes from drama to specialist factual, with credits spanning Nazi Megastructures, Autopsy: The Last Hours of, Car S.O.S to true crime, featuring some of the world’s most notorious serial killers. Peter has also lectured and mentored at Ravensbourne University and The Met Film School, and is a full voting member of BAFTA. 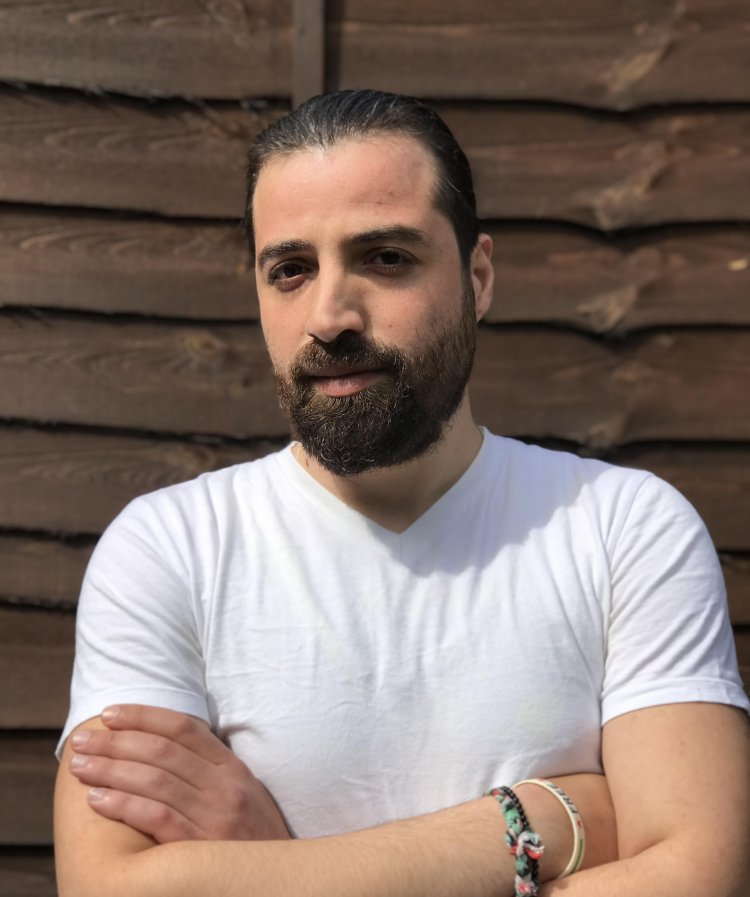 Abd Al-Kader is a Syrian cinematographer who worked in Syria during the most difficult times and filmed six years of the conflict. He was described as the 'symbol of the revolution’ when a photo of him rescuing a child became viral. He has worked with several international channels such as the BBC and CNN as a Cinematographer  and field producer. After living and documenting the siege of Aleppo, he fled to the UK in 2017. Habak lives in London where he is building working as documentary filmmaker. 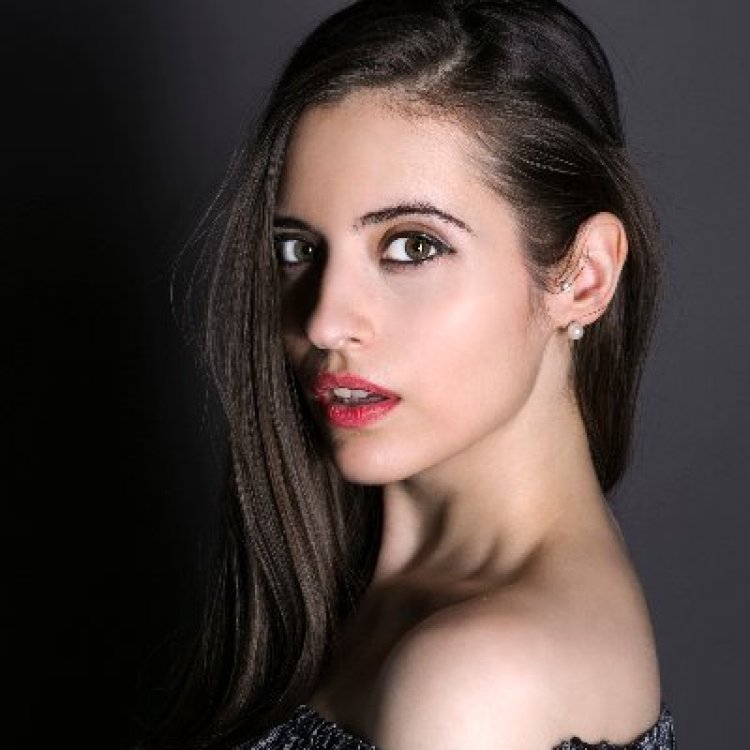 Victoria is an award-winning documentary filmmaker and actress based in London. As an artist commited to the feminist cause, Victoria's short films and documentaries mainly explore the thematic of sexual harassment. 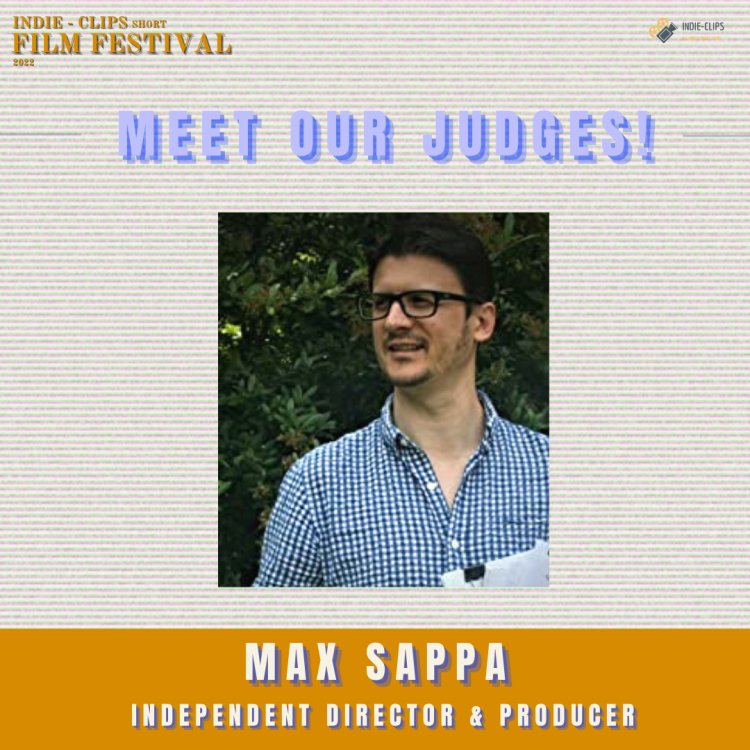 In the last 15+ years, Massimiliano has worked for international production companies (UK and Australia), has written and directed short films selected to international film festivals and has received honorable and special mentions for his screenplays. Massimilano also has ten years of video editing background for ABC Australua, Beyond Productions and more. 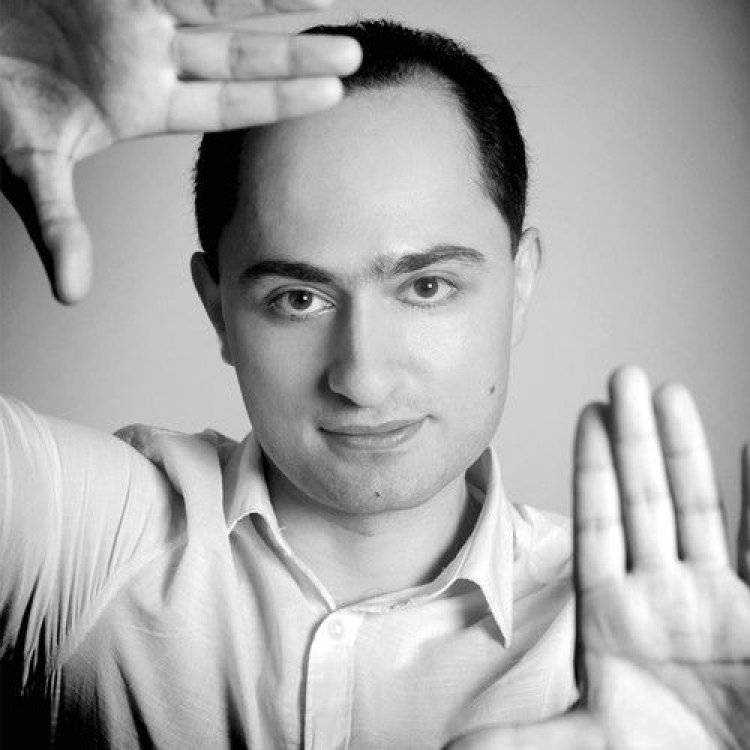 Elcid Asaei is a visually-driven director, producer and writer based in London and the founder of his own production company Crimson Productions. Elcid usually plays with cinematography and editing techniques to create a visually striking atmosphere in his short films. 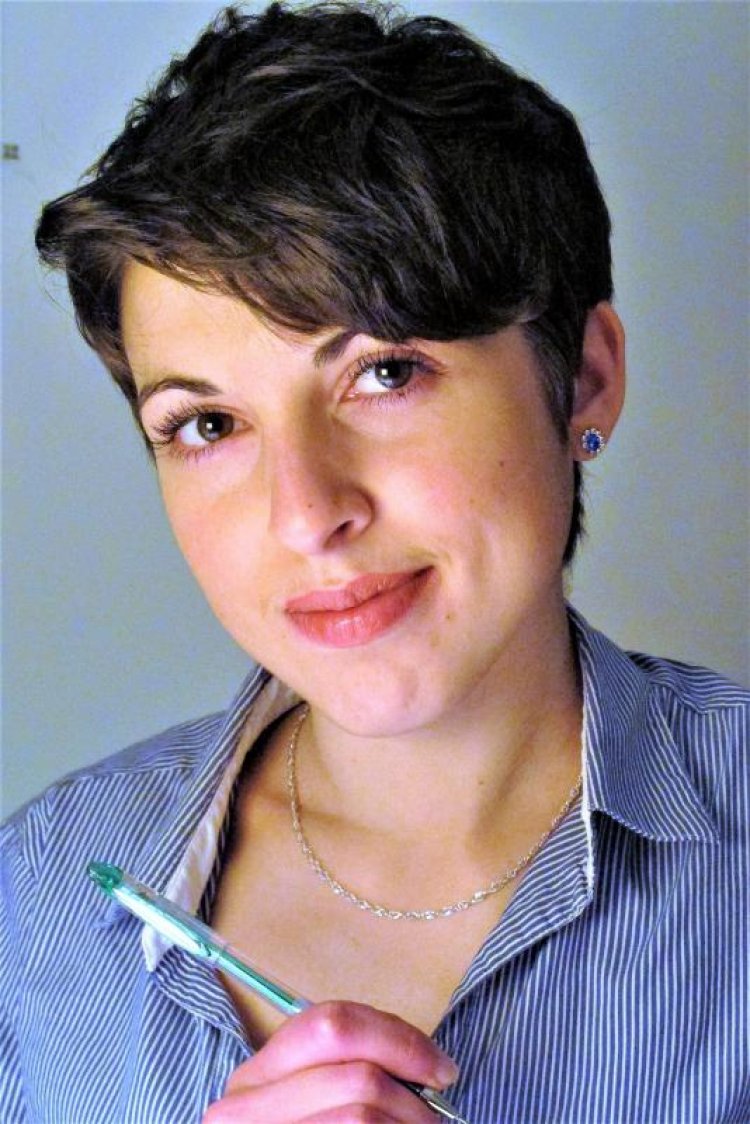 Amelia Nashe is an award winning writer member of the BBC Scottish Voices Writers Room. Her writing usually explores the themes of mental illness, nature VS technology and Chilhood Imagination.

We would like to thank our partners who are helping the Indie-Clips Short Film Festival to be a great event this year!

An online pitch builder welcoming ideas for Features, Shorts, TV... And putting in relation the filmmakers and the relevant industry professionals.

A script consultancy company helping all aspiring writers to develop their work. 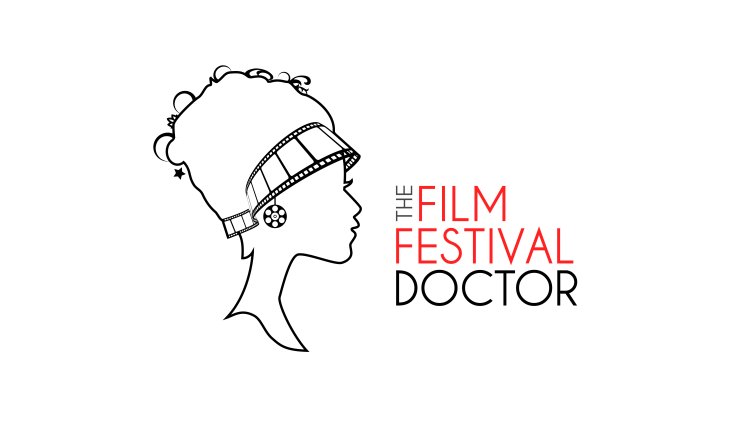 A consultancy service offering a specialised and personalised advice for films during their festival circuit and a film-doctoring service.

iPitch.TV offers a next generation platform for creators of original pitches for TV, Film & Digital Media to share in our marketplace with Entertainment Industry Professionals. 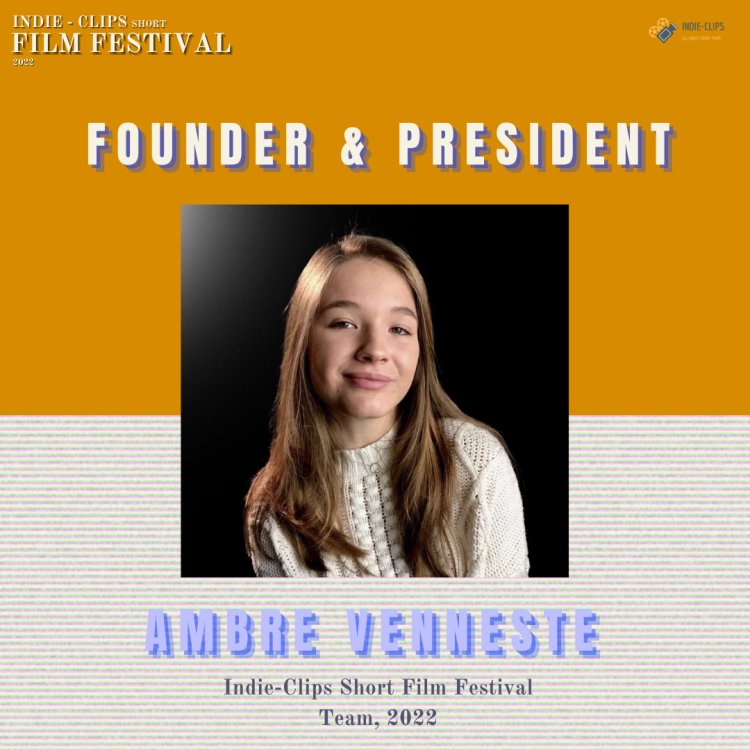 Award winning screenwriter and director Ambre Vanneste is the founder of indie-clips.com: a platform promoting short films by independent filmmakers. She founded the Indie-Clips Short Film Festival in 2021. 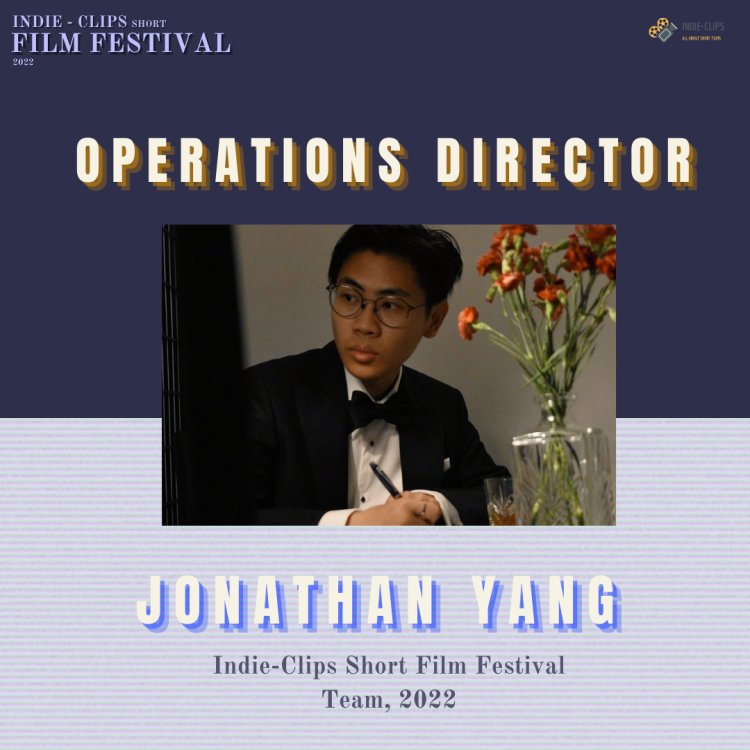 Jonathan is the Founder and CEO of CoLand and a multidisciplinary creative.He is classically trained as a pianist who has performed on world-class stages such as the Danube Palace, and Budapest, and he has composed films screened at academy award qualifying festivals around the world.Jonathan is super excited to bring his entrepreneurial and creative expertise to the film festival and organize a one-of-a-kind event for all the potential visitors! 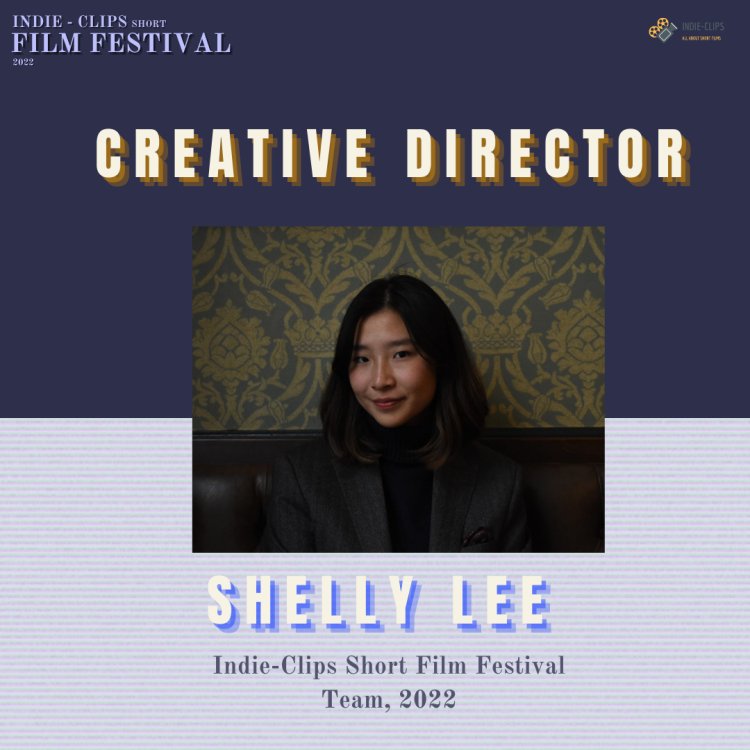 Shelly is a performer, composer and an entrepreneur with a passion for all the arts. She is the co-founder of collaborative platform ‘CoLand’, and is joining the Indie-Clips Short Film Festival 2022 team as the creative director. She was admitted to Guildhall School of Music and Drama in 2020 for her Bachelors but will be continuing her studies at Goldsmiths University of London from 2022 instead. She is looking forward to enrich this film festival with the team by offering contestants more than just a film competition, and to offer opportunities for aspiring film professionals to connect with each other and industry professionals! 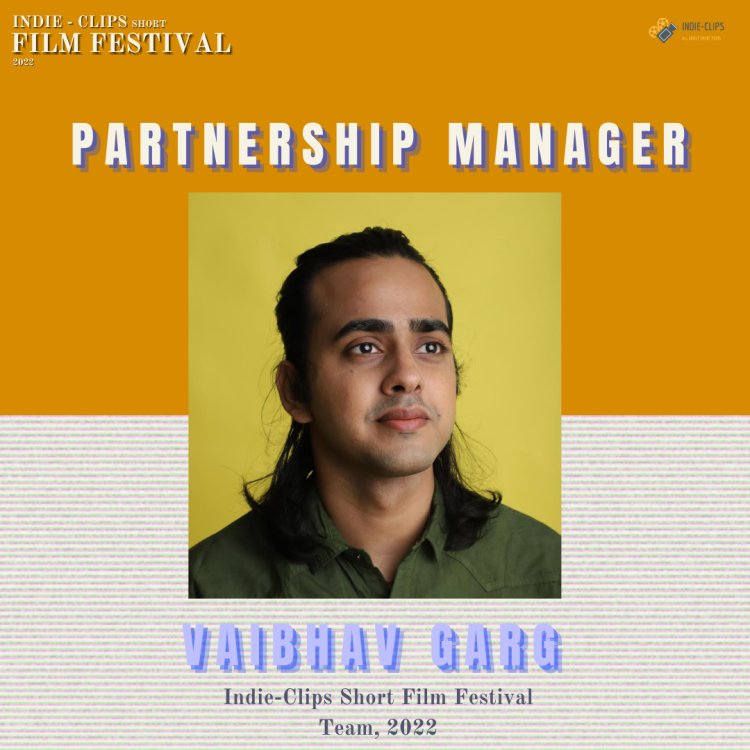 Vaibhav is an independent Producer and Partnership Manager for the Indie-Clips Short Film Festival.He has been working with festivals in India and is currently working in 2 festivals in the UK including Sheffield Doc Fest Film Festival and Indie-Clips Short Film Festival. Vaibhav is passionate about his work and wants to gain a better understanding of filmmaking in general. This passion has led him to learn different aspects of filmmaking including Producing, Distribution, International sales, etc and he has worked in several roles like Production Assistant, Production Manager, Business Development Executive, industry programme coordinator,festival Assistant, Associate Producer etc. He did his masters from London film school in international film business which has also helped him to understand the Film business & how the industry works. 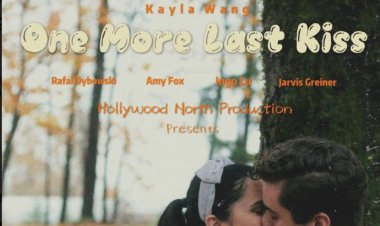 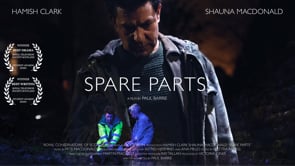 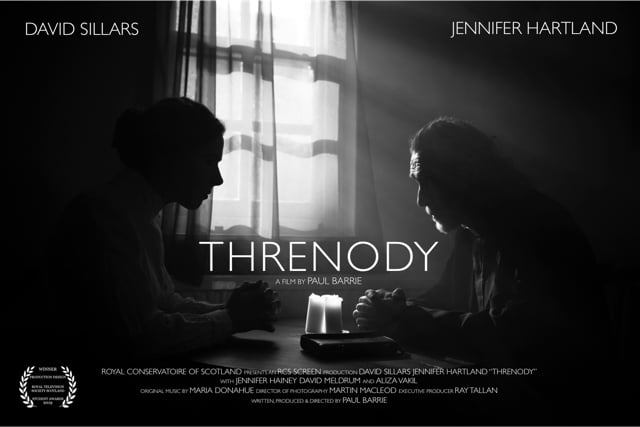 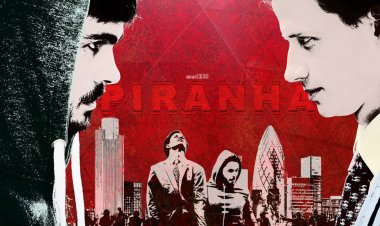 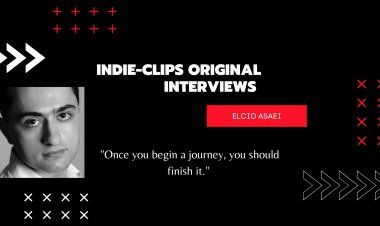